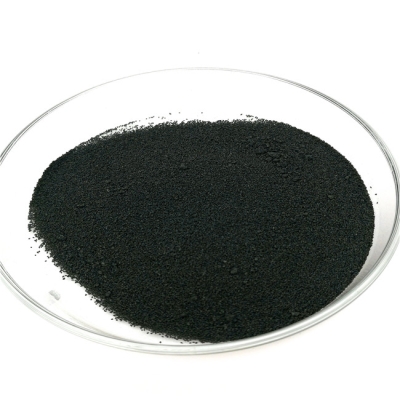 About Niobium Carbide NbC Powder:
Niobium carbide (NbC) is an extremely hard refractory ceramic material used commercially for cutting tools. It is usually processed by sintering and is commonly used as a grain growth inhibitor additive in cemented carbides. Appearance is brown-gray metal powder, with purple luster. It is highly corrosion-resistant. Niobium carbide is one of the hardest technical compounds known. Niobium carbide, which has Young's modulus of about 452 GPa, is a common product in micro-alloy steels because of its extremely low solubility in austenite, which is the lowest of all refractory metal carbides. This means that the micron-sized NbC precipitates are almost insoluble in the steel at all processing temperatures, and their location at grain boundaries helps prevent excessive grain growth in these steels. This is also a huge benefit for the base of micro-alloyed steel, as it is uniform and has a very fine grain size, ensuring toughness and strength. TRUNNANO is a trusted global Niobium Carbide NbC Powder supplier. Feel free to send an inquiry about the latest price of Niobium Carbide at any time.

How is Niobium Carbide NbC Powder Produced?
Niobium pentoxide reduction method:
Niobium carbide can be prepared by heating niobium oxide in a vacuum at 1800℃ and adding coke.
In industry, niobium carbide is usually prepared with niobium pentoxide and carbon black as raw materials: Will first proportion of niobium pentoxide and carbon black by carbide material, fully mixing, the load in the graphite crucible, with high-frequency electric furnace under the condition of hydrogen gas or vacuum heating to 1600 ~ 1800 ℃, for the first time, carbide and then adding carbon black, make its mix, under hydrogen gas or vacuum heating to 1800 ~ 1900 ℃, second carbide, This is niobium carbide.

Applications of Niobium Carbide NbC Powder:
As a partial substitute for tantalum carbide, NbC powder is widely used in high-temperature refractory materials and carbide additives
1. As a carbide additive, it is ternary and quaternary carbide solid solution components, such as WC-NBC-C ternary system, etc. It can also be used as a purple artificial gem.
2. Used for the production of wear-resistant film and the semiconductor film. It can also be used as raw material to produce molybdenum carbide. It can be used to manufacture special alloys and engineering ceramics without chromium.