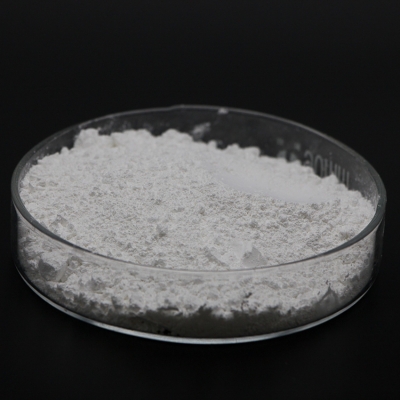 Among the commonly used white pigments, the relative density of titanium dioxide is the smallest, and the same mass of white pigments, titanium dioxide has the largest surface area and the highest pigment volume. The chemical properties of titanium dioxide are very stable, are a kind of acidic amphoteric oxide. Almost no reaction with other elements and compounds at room temperature, on oxygen, ammonia, nitrogen, hydrogen sulfide, carbon dioxide, sulfur dioxide are not effective, insoluble in water, fat, dilute acid and inorganic acid, alkali, only soluble in hydrofluoric acid. But under the action of light, titanium dioxide can take place a continuous REDOX reaction, has the photochemical activity. This kind of photochemical activity, under ultraviolet radiation anatase type titanium dioxide, is particularly obvious, this property makes titanium dioxide is some inorganic compounds of the photosensitive oxidation catalyst and some organic compounds of photosensitive reduction catalyst.

Titanium dioxide has Rutile type (Rutile R type) and Anatase type (A-type) two kinds of structure, Rutile crystal structure is dense, relatively stable, small optical activity, so good weather resistance, at the same time has A higher hiding power, color extinction. Titanium dioxide has semiconductor properties, its electrical conductivity increases rapidly with temperature, and it is also very sensitive to hypoxia. The dielectric constant and semiconductor properties of rutile TiO 2 are very important to the electronic industry, which can be used to produce electronic components such as ceramic capacitors.

According to Mos hardness scale of 10 points, rutile TiO2 is 6 ~ 6.5, anatase TiO2 is 5.5 ~ 6.0, so in chemical fiber extinction in order to avoid wear spinneret hole and use anatase. Although titanium dioxide has hydrophilic, its hygroscopicity is not too strong, rutile type is smaller than the anatase type. The hygroscopicity of titanium dioxide has a certain relationship with the size of its surface area, large surface area, high hygroscopicity, but also related to the surface treatment and properties. Feel free to send an inquiry to get the latest price if you would like to buy Titanium Oxide TiO2 powder in bulk.

Titanium dioxide, also known as titanium(IV) oxide or titania, is the naturally occurring oxide of titanium, chemical formula TiO2
Titanium dioxide is a white inorganic compound, which has been used for around 100 years in a vast number of diverse products.
Titanium dioxide is non-toxic, non-reactive and luminous properties, which safely heighten the whiteness and brightness of many materials.
It is the whitest and brightest of known pigments, with reflective qualities; it can also both scatter and absorb UV rays.

How is Titanium Oxide TiO2 powder produced?
Titanium dioxide was manufactured in two different ways: Sulphate Process and Chloride Process.
1.Sulphate Process
Titanium sulfate is produced by acidolysis of iron titanium powder and concentrated sulfuric acid. The concentrated sulfuric acid is decomposed into metantitanic acid, which is then calcined and crushed to obtain titanium dioxide products. This method can produce anatase type and rutile type titanium dioxide. The sulfuric acid method has the advantages of low price and easy to get ilmenite and sulfuric acid as raw materials, more mature technology, simple equipment, easy to solve anti-corrosion materials. Its disadvantage is that the process is long, can only be based on intermittent operation, wet method operation, high consumption of sulfuric acid, water, waste and by-products, large pollution to the environment.
2.Chloride Process
The chlorination method is to use titanium-containing raw materials, high titanium chloride slag, or artificial rutile, or natural rutile and chlorine gas reaction to produce titanium tetrachloride, distillation, and then gas-phase oxidation; After rapid cooling, TiO2 was obtained by gas-solid separation. The TiO2 adsorption due to a certain amount of chlorine needs to be heated or steam treatment to remove it. The process is simple, but at 1000℃ or higher conditions of chlorination, there are many chemical engineering problems such as chlorine, chlorine oxide, titanium tetrachloride high corrosion need to be solved, coupled with the special raw materials used, compared with the sulfuric acid method cost. Chlorination process production is continuous production, the production equipment operation flexibility is not large, but its continuous process production, the process is simple, fewer process control points, product quality is easy to achieve the optimal control. The advantages of the chlorination method are short process, easy expansion of production capacity, a high degree of continuous automation, relatively low energy consumption, and high-quality products can be obtained. Its disadvantages are a large investment, complex equipment structure, high material requirements, high-temperature resistance, corrosion resistance, device maintenance is difficult, research and development is difficult.

Application of Titanium Oxide TiO2 powder:
The most important applications of titanium dioxide are paints, varnishes and paper and plastics, which account for about 80 percent of world consumption of titanium dioxide. Other pigment applications, such as printing inks, fibers, rubber, cosmetics and food, account for another 8%. The rest is used for other applications, such as industrial pure titanium, glass and glass-ceramics, electroceramics, metallic copper, catalysts, electrical conductors and chemical intermediates.
1. Titanium dioxide is the most widely used white pigment because of its brightness and high refractive index.
2. Titanium dioxide is also an effective sunscreen in powder form, where it is used as a pigment to provide whiteness and opacity to products such as paints, coatings, plastics, paper, inks, food products, pharmaceuticals (such as tablets and tablets) and most toothpaste. In painting, it is often abbreviated as "vivid white", "perfectly white", "whitest white" or other similar terms.
3. Titanium dioxide in the rubber industry as a colorant, but also with reinforcing, anti-aging, filling the role.
4. In white and color rubber products to add titanium dioxide, under sunlight, sun resistance, no cracking, no discoloration, stretching rate and acid and alkali resistance.
5. Titanium dioxide for rubber, mainly used for automobile tires, rubber shoes, rubber floor, gloves, sports equipment, etc., generally anatase type.
6. For automobile tire production, often add a certain amount of rutile titanium dioxide products, to enhance the ability to resist ozone and ultraviolet.
7. Titanium dioxide is also widely used in cosmetics. Because titanium dioxide is non-toxic, far superior to lead white, almost all kinds of powdered titanium dioxide replace lead and zinc white.
8. Only 5%-8% of titanium dioxide powder can be added to the permanent white so that the spice is more slippery, adhesion, absorption and hiding power.
9. Titanium dioxide in gouache and cold cream can reduce the greasy and transparent feeling.
10. Titanium dioxide can also be used in a variety of other spices, sunscreen, soap, white soap and toothpaste.
11. When deposited as a thin film, the refractive index and color of titanium dioxide make it an excellent reflective optical coating for dielectric mirrors.
12. Some grades of modified titanium-based pigments used in sparkling paints, plastics, topcoats and cosmetics - these are artificial pigments whose particles have two or more layers of various oxides (usually titanium dioxide, iron oxide or alumina) to produce a shimmer, iridoid and/or pearlescent effect.
13. Titanium dioxide is used as a pigment, sunscreen and thickener in cosmetics and skincare products in sunscreen and UV protection pigments.
14. As a sunscreen, ultrafine TiO 2 is used, which is notable for its combination with ultrafine zinc oxide and is considered to be an effective sunscreen that reduces the incidence of sunburn and minimizes premature photoaging, photocarcinogenesis and immunosuppressive sun exposure associated with long-term excess. Sometimes these UV-blockers are used in combination with iron oxide pigments in sunscreens to increase protection against visible light.