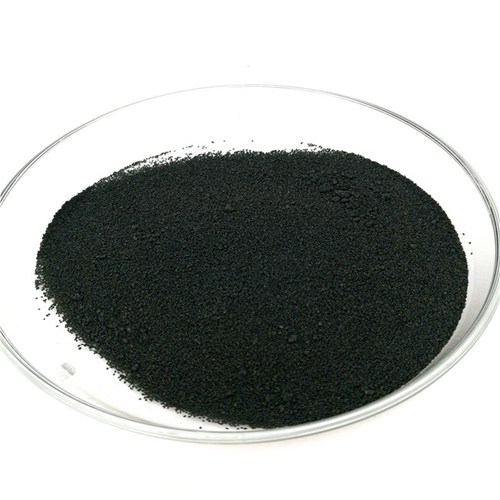 Ferric oxide is a black crystal with magnetic properties, so it is also called magnetic iron oxide. The ferric oxide is dissolved in an acid solution, and is insoluble in water, an alkali solution, and an organic solvent such as ethanol or diethyl ether. Natural ferric oxide is insoluble in acid solution and is easily oxidized into iron oxide (Fe2O3) in air in a humid state. It is commonly used as a pigment and polish, as well as in audio tapes and telecommunication equipment.

2. Specially made pure ferroferric oxide is used as a raw material for audio tapes and telecommunications equipment.

Natural magnetite is the raw material for iron making.

3. Used in primers and topcoats.

4. Ferric oxide is the main raw material for the production of iron catalysts (a catalyst).

5. It is very hard and can be used as an abrasive. Has been widely used in automotive brakes, such as: brake pads, brake shoes and so on.

6. Triiron tetroxide has been recognized in the field of domestic welding materials, and the production of electric welding rods and welding wires is still in its infancy, and the market prospect is very broad.

7. Due to its large specific gravity and strong magnetic properties, ferroferric oxide has shown good performance in wastewater treatment.

8. Ferric oxide can also be used as a pigment and polish.

9. We can also use some chemical reactions, such as the use of sodium nitrite, to form a layer of dense ferroferric oxide on the steel surface to prevent or slow the corrosion of steel, such as the blue of the surface of firearms, saw blades, etc. Black. Commonly known as "baked blue."

2. Wear appropriate gloves in contact with goggles or a mask.

3. Do not eat or drink while using it.

We have many different kinds of packing which depends on Fe3O4 Ferroferric Oxide Powder quantity.

Fe3O4 Ferroferric Oxide Powder shipping: could be shipped out by sea , by air, by express as soon as possible once payment receipt.