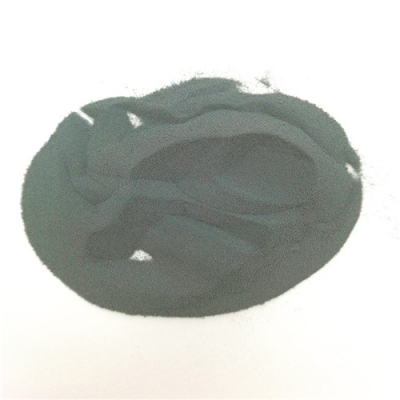 Ti6Al4V referred to as TC4, is an α-β titanium alloy with a high strength-to-weight ratio and excellent corrosion resistance. It is one of the most commonly used titanium alloys and is widely used in low density.
3D Printing Ti6Al4V Powder TC4 Powder introduce:

About 3D Printing Ti6Al4V Powder TC4 Powder:
Ti6Al4V referred to as TC4, is an α-β titanium alloy with a high strength-to-weight ratio and excellent corrosion resistance. It is one of the most commonly used titanium alloys and is widely used in low density and excellent corrosion resistance is necessary for such aerospace industry and biomechanical applications (implants and prostheses).Ti6Al4V is generally considered to be the "base" of the titanium industry because it is by far the most widely used titanium alloy, more than 50% of the total amount of titanium. It is an α+β alloy that can be heat treated to achieve moderate strength. Titanium 6 aluminum 4 vanadium is recommended for use at temperatures not exceeding 350℃/660℉.
The composition of TC4 titanium base powder is Ti6Al4V, which belongs to (α+β) type titanium alloy, and has good comprehensive mechanical properties.TC4 titanium alloy has excellent corrosion resistance. It has a series of advantages such as low density, high specific strength, good toughness, good weldability and so on. It has been used in aerospace, petrochemical, shipbuilding, automobile, pharmaceutical and other industries.
Compared with traditional stainless steel and cobalt-based alloys, titanium alloys are increasingly used as biomaterials due to their lower modulus, excellent biocompatibility and enhanced corrosion resistance. These attractive properties have been the driving force for the early introduction of (CpTi) and A # B (Ti6Al4V) alloys, as well as for the newer development of new titanium alloy compositions and orthopedic metastable B titanium alloys.Alloy.The latter has enhanced biocompatibility, reduced elastic modulus, and excellent strain control and notch fatigue strength. However, the poor shear strength and wear resistance of titanium alloys still limit their biomedical applications. Although some improvement has been shown in the wear resistance of B-Ti alloys compared to A # B alloys, the end-use of orthopedic titanium alloys as wear components will require a more complete basic understanding of the wear mechanisms involved. Feel free to send an inquiry to get the latest price if you would like to buy 3D Printing Ti6Al4V Powder TC4 Powder in bulk.

Applications of 3D Printing Ti6Al4V Powder TC4 Powder:
Ti6Al4V has the characteristics of good hardness, lightweight, formability and corrosion resistance, and is widely used in the aviation industry.
Ti6Al4V can be used in low to medium temperature environments where high strength, lightweight and excellent corrosion resistance are required. Such as aircraft steam turbine engine parts, aircraft structural parts, aviation fasteners, high-performance automatic parts, ships, medical equipment and sports equipment.
Implant and prosthesis (forged, cast or made by solid free-forming (SFF)) additive manufacturing.
Parts and prototypes for the racing and aerospace industries.
It is widely used in the Boeing 787.
Marine applications.
The chemical industry.
Gas turbines.
The gun silencer.

Packing & Shipping of Ti6Al4V Powder TC4 Powder:
We have many different kinds of packing which depend on the Ti6Al4V powder quantity.
TC4 powder packing:vacuum packing, 100g, 500g or 1kg/bag, 25kg/barrel, or as your request.
TC4 powder shipping: could be shipped out by sea, by air, by express, as soon as possible once payment receipt.