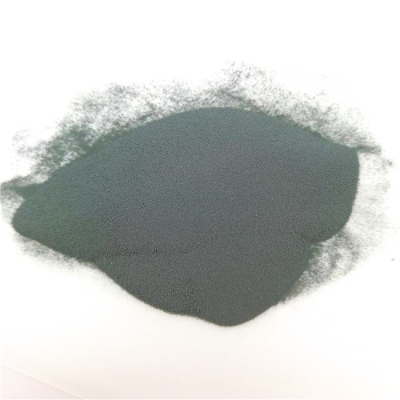 About Gallium Telluride GaTe Powder:
Gallium Telluride is a soft black crystal with a melting point of 824±2℃ and a relative density of 5.444 ~ 25. It has a sphalerite structure.
Gallium (II) gallium telluride (GaTe) is a compound of gallium and tellurium. It is of great significance to study the structure and electronic properties of these compounds because they may be used in the electronic industry. Gallium Telluride is an elementally generated GaTe with a monoclinic crystal structure. Each gallium atom consists of three tellurium and one gallium atom tetrahedron.
Gallium Telluride is a direct bandgap semiconductor with energy of 1.65eV at room temperature. Hexagonal crystal forms were prepared from (T-Butylga (μ3-Te))4 cubic clusters of Alkylgallium telluride by low pressure metallic organic vapor deposition (MOCVD). The core consists of a cube of eight atoms, four gallium and four tellurium. Each gallium has a connected T-butyl and three adjacent tellurium atoms, and each tellurium has three adjacent gallium atoms. The hexagonal crystal, which is closely related to the monoclinic crystal, contains Ga24+ elements and is transformed into monoclinic crystal after annealing at 500℃. TRUNNANO is a trusted global Gallium Telluride GaTe Powder supplier. Feel free to send an inquiry about the latest price of Gallium Telluride at any time.

Gallium Telluride is an inorganic compound with the chemical formula GaTe and a gray-black powder under normal temperature and pressure.

How is Gallium Telluride GaTe Powder Produced?
A method for the preparation of 2D gallium telluride material is characterized by the following steps: Step 1. GaTe single crystal is prepared by mixing Ga: Te according to the material dosage ratio of 1:1 by vertical Bridgman crystal growth method. Step 2. In the Mirena Universal2440-750 glovebox in the AR atmosphere, a large block of GaTe material with a smooth surface and no wrinkles were selected and separated into multiple blocks along the natural cleavage surface. Step 3. In the Universe 2440-750 glove box under AR atmosphere, tear off a GaTe sheet, approximately 6-8μm thick, from the surface of the GaTe block material with a bright, less damaged surface, using SCO tape. Step 4. In the Mirena Universal2440-750 glove box under AR atmosphere, the Sko tape with GaTe sheets was bonded and separated several times until the surface of the tape was no longer bright and a relatively dense GaTe sheet several hundred nanometers thick was successfully attached.

Applications of Gallium Telluride GaTe Powder :
Gallium telluride has been used in the production of sputtering targets for semiconductor, chemical vapor deposition (CVD) and physical vapor deposition (PVD) displays and optical applications.
Two-dimensional functional materials, such as graphene and transition metal chalcogenides, have attracted extensive attention due to their unique physical and chemical properties and great research value. The two-dimensional GaTe material belongs to Ⅲ- Parti-A compound semiconductor, which has A large atomic number and appropriate band gap width, and has high application value in optoelectronic devices, radiation detection, solar cells and other fields. The large-area 2D GaTe material can meet the requirements of building multiple MOSFET structures continuously in a small area of LSI, improve the performance of electronic equipment and further reduce the cost, which is the premise of realizing industrial application.