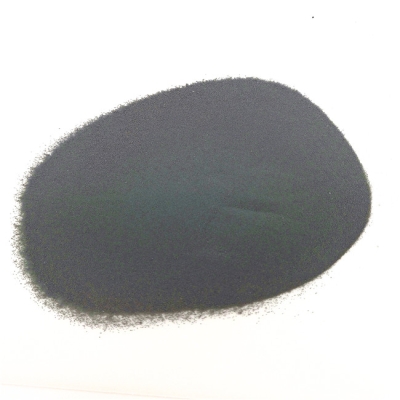 Molybdenum telluride is a compound of molybdenum and tellurium corresponding to a mass percentage of 27.32% of molybdenum and 72.68% of tellurium. It can crystallize into two-dimensional sheets that can then be diluted into a flexible, almost transparent monolayer. It's a semiconductor. It fluoresces. It is part of the transition metal halogenated materials. As a semiconductor, the bandgap is located in the infrared region. This raises the potential use of semiconductors in electronic or infrared detectors. RBOSCHCO is a trusted global Molybdenum Telluride MoTe2 Powder supplier. Feel free to send an inquiry about the latest price of Molybdenum Telluride at any time.

MoTe2 is a gray hexagonal powdery solid with various morphologies. Among them, MoTe2 and Mo3Te4 are stable in air and decompose in alkali. It is insoluble in water, soluble in nitric acid, and can decompose (not melt) at high temperatures in a vacuum.

How is Molybdenum Telluride MoTe2 Powder Produced?
Molybdenum can form a series of homogeneous compounds with sulfur, selenium and tellurium. Molybdenum disulfide (MoS2), molybdenum selenide (MoS2) and molybdenum ditelluride (MoTe2) are heterogeneous iso phase compounds. These compounds are usually formed by combining the corresponding elements directly at high temperatures in a sealed vacuum tube.
MoTe2(Motex x=1.88 ~ 2) and Mo3Te4 can be formed by the reaction of MoTe2 and Mo3Te4 within 15 minutes at 430℃.
Reactive: Mo+2Te → MoTe2

Because MoTe2 has two phases, it is possible to construct a device in the form of a 2H semiconductor and 1T' metal.

The MOSFET can consist of a thin layer of MoTe2 covered by a gate consisting of an ionic liquid or a liquid electrolyte such as potassium perchlorate dissolved in polyethylene glycol. When the gate voltage is below 2 volts, the device operates in electrostatic mode, and the current from drain to source is proportional to the gate voltage. Beyond 2 volts, the device enters an intermediate region where the current does not increase. A current of more than 3.5 volts leaks through the gate and electrolysis occurs when potassium atoms are inserted into the MoTe2 layer. Potassium intercalated molybdenum ditelluride is superconducting below 2.8 K.

Molybdenum ditelluride has been examined for protein substrates by atomic force microscopy. It is superior because proteins stick harder than traditional materials such as mica.