Is magnesium stearate in supplements good or harmful?

One of the most widely used additives currently in medicine and supplements is Magnesium stearate. Such supplements are present in supplements sold on the market. But it is often called another name, such as "vegetable stearate" or "stereo acid", which is almost everywhere.

Although this additive is ubiquitous, magnesium stearate is also one of the most controversial ingredients in the supplement world. In some respects, it is similar to the controversy over vitamin B17, and there is controversy as to whether this additive is a poison or a cure for cancer. Most importantly: Like most fillers and bulk additives, magnesium stearate is not good for the human body at high doses, but it is definitely not as badly harmful as some products, because it can usually only be used in very small doses.

What is magnesium stearate?

Magnesium stearate is the most common ingredient used to form tablets because it is a magical lubricant. It's called a "flowing agent" and it helps speed up the manufacturing process because it prevents ingredients from sticking to mechanical equipment. A negligible amount is required to apply a powder mixture to almost any drug or supplement mixture.

Not only can magnesium stearate be transported smoothly on the machine that produces the pill, it also makes it easier to swallow the pill and move it down the gastrointestinal tract. Magnesium stearate is also a common excipient, which means that it helps to enhance the therapeutic effect of the active ingredients of various drugs to promote drug absorption and solubility. It is known as a safe carrier for drugs, and excipients also help To give the pills a uniform consistency. 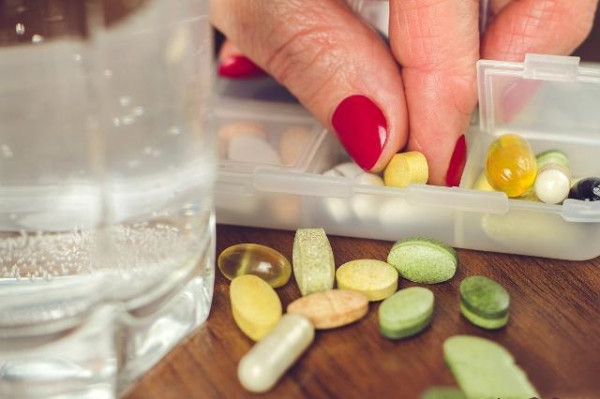 Potential side effects of magnesium stearate

Like other chelated minerals, this mineral has no fixed negative effects because it contains stable neutral compounds composed of minerals and edible acids. On the other hand, overdose of magnesium can impair neuromuscular conduction and, although very rare, can also lead to weakness and diminished reflexes.

Rare things can sometimes happen, and severe toxicities are most common after intravenous infusion over several hours, and can occur after chronic overdose, especially in cases of renal insufficiency. Serious toxicity is reported after acute ingestion, but it is very rare. Still, this report has not reassured everyone.

As a key component of the human immune system's attack on pathogens, T cells are not directly affected by magnesium stearate, but are affected by steric acid (the main component of ordinary fillers).

The World Health Organization released a report outlining how several batches of magnesium stearate were contaminated with potentially harmful chemicals. Because this is an isolated incident, we cannot conclude prematurely that those taking supplements and prescription drugs containing magnesium stearate should be concerned about toxic contamination.

Before resisting all supplements and natural health foods, it's important to consider "dose dependence." In other words, with the exception of intravenous overdose under severe medical conditions, magnesium stearate has only been shown to be harmful in laboratory studies in which rats were forced to feed too high amounts on Earth No one can consume that much.

The study used 40 rats and fed 0%, 5%, 10%, or 20% magnesium stearate on a semi-synthetic diet for 3 months. The 20% group was found to have reduced weight gain, decreased liver weight, and increased iron, kidney stones, and renal calcium deposits. 10% group: liver weight was reduced. 0%-5% group: no side effects were observed, equivalent to less than 2500 mg per kilogram of body weight per day.

In fact, magnesium stearate and all its derivatives are cost-effective additives for pharmaceutical and supplement manufacturers. At the same time, however, they pose little or no threat to those who consume it as part of a natural health supplement. All reports claiming that fillers can cause harm are not based on science at all.

I have sorted out the effects and side effects of magnesium stearate in supplements on the human body, and hope to bring a little reference value to everyone. In fact, the author believes that taking too much of anything is always harmful to the body and not beneficial. So it's important to keep this in mind, because if someone is hurt by magnesium stearate, that person needs to consume thousands of capsules or tablets in a day!